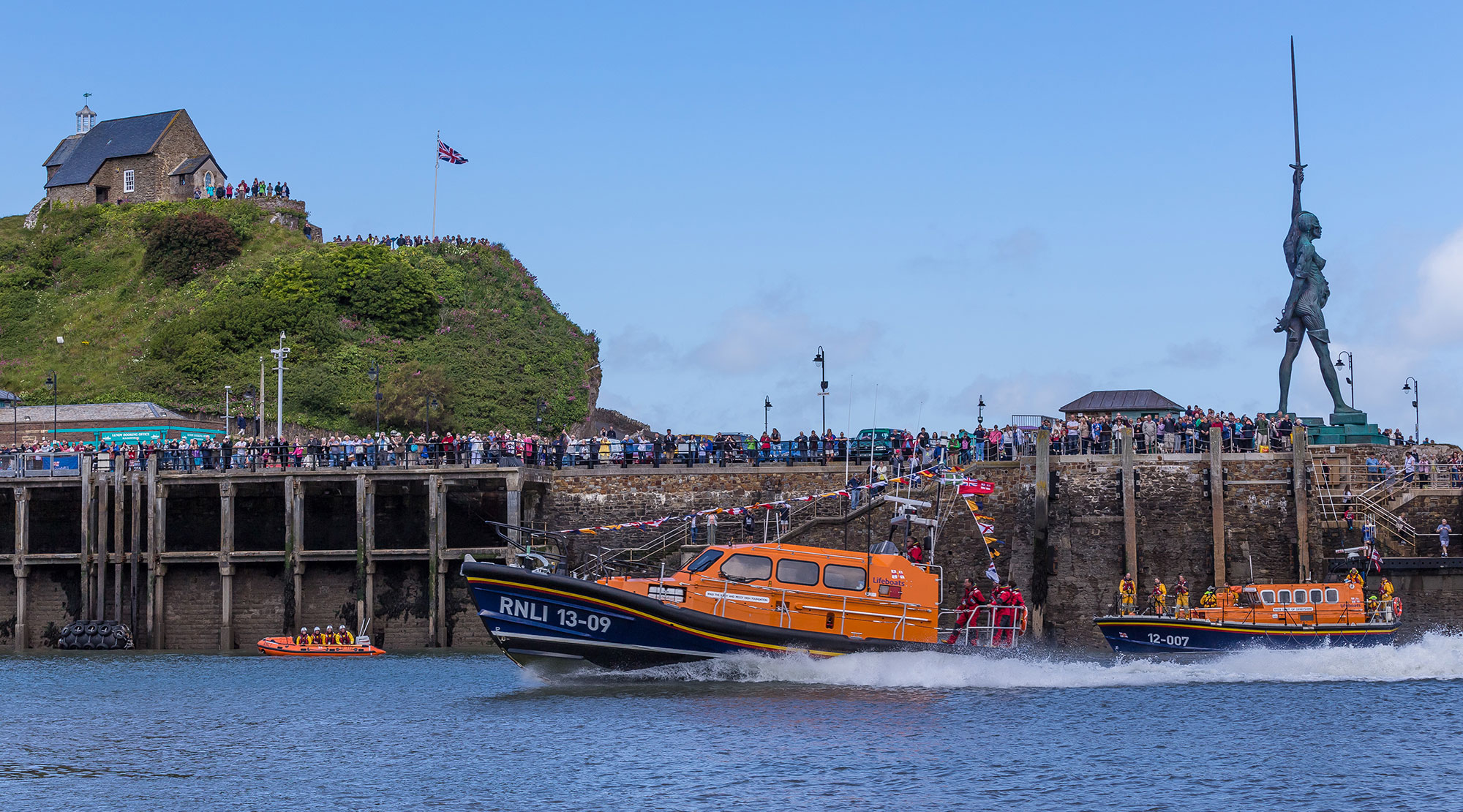 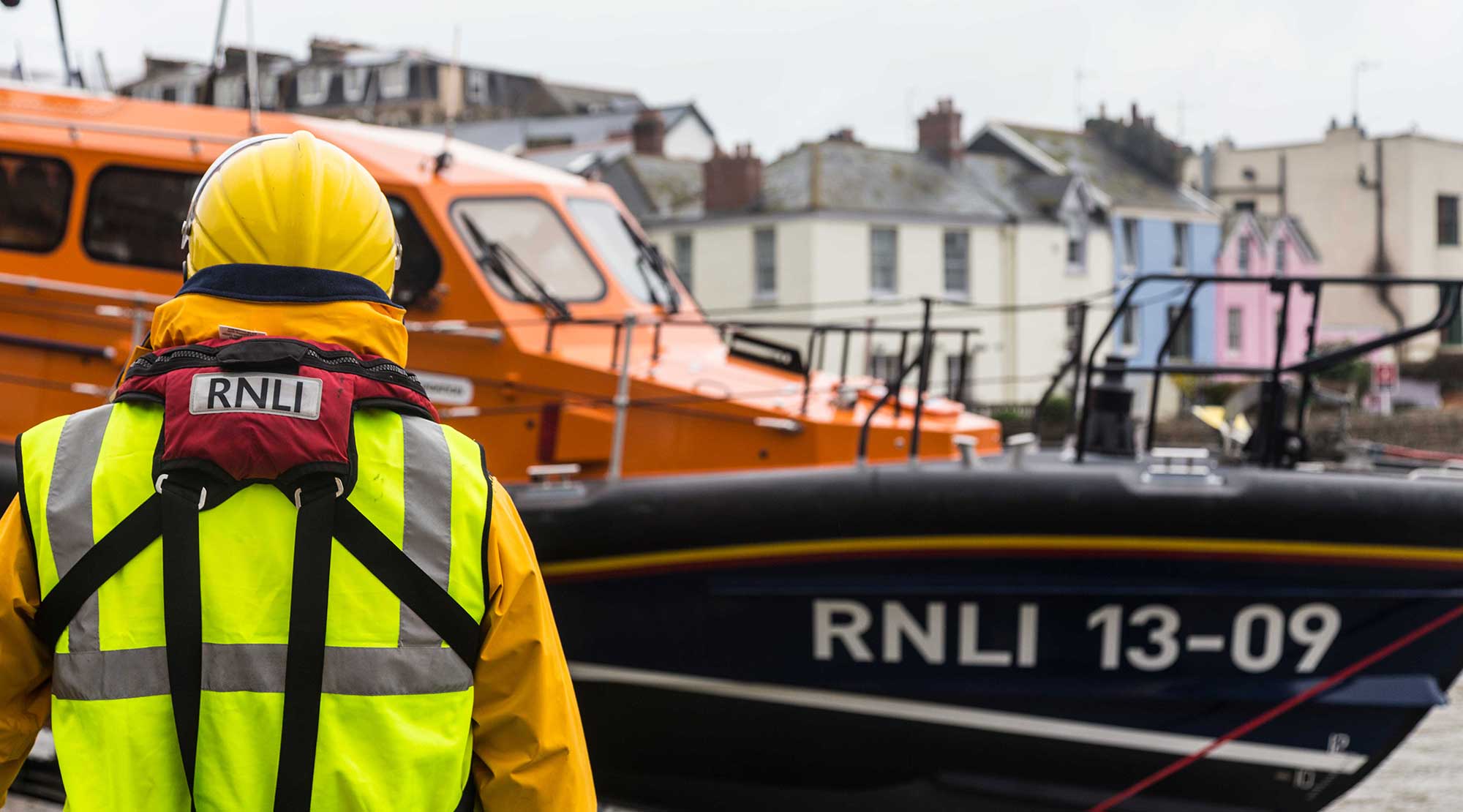 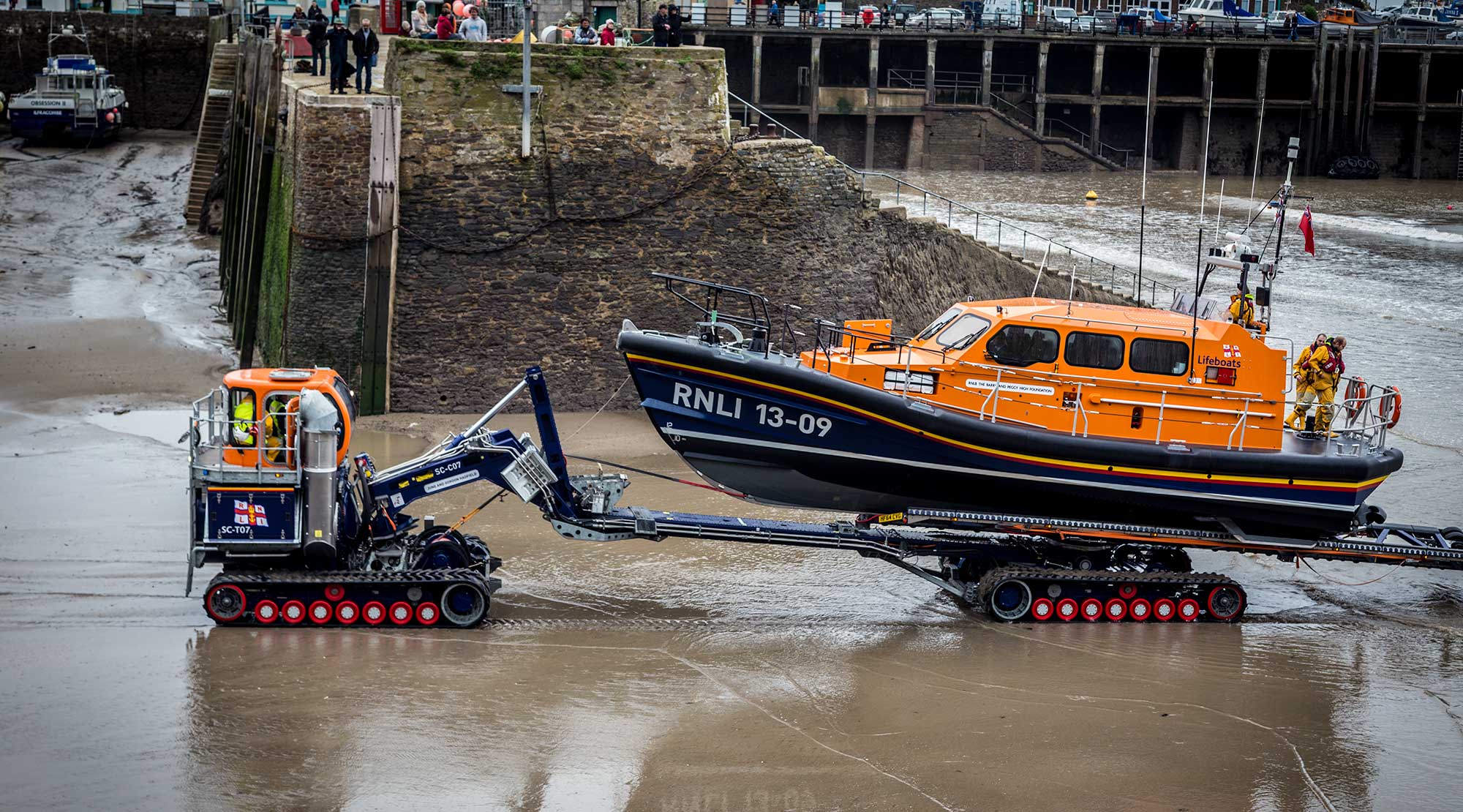 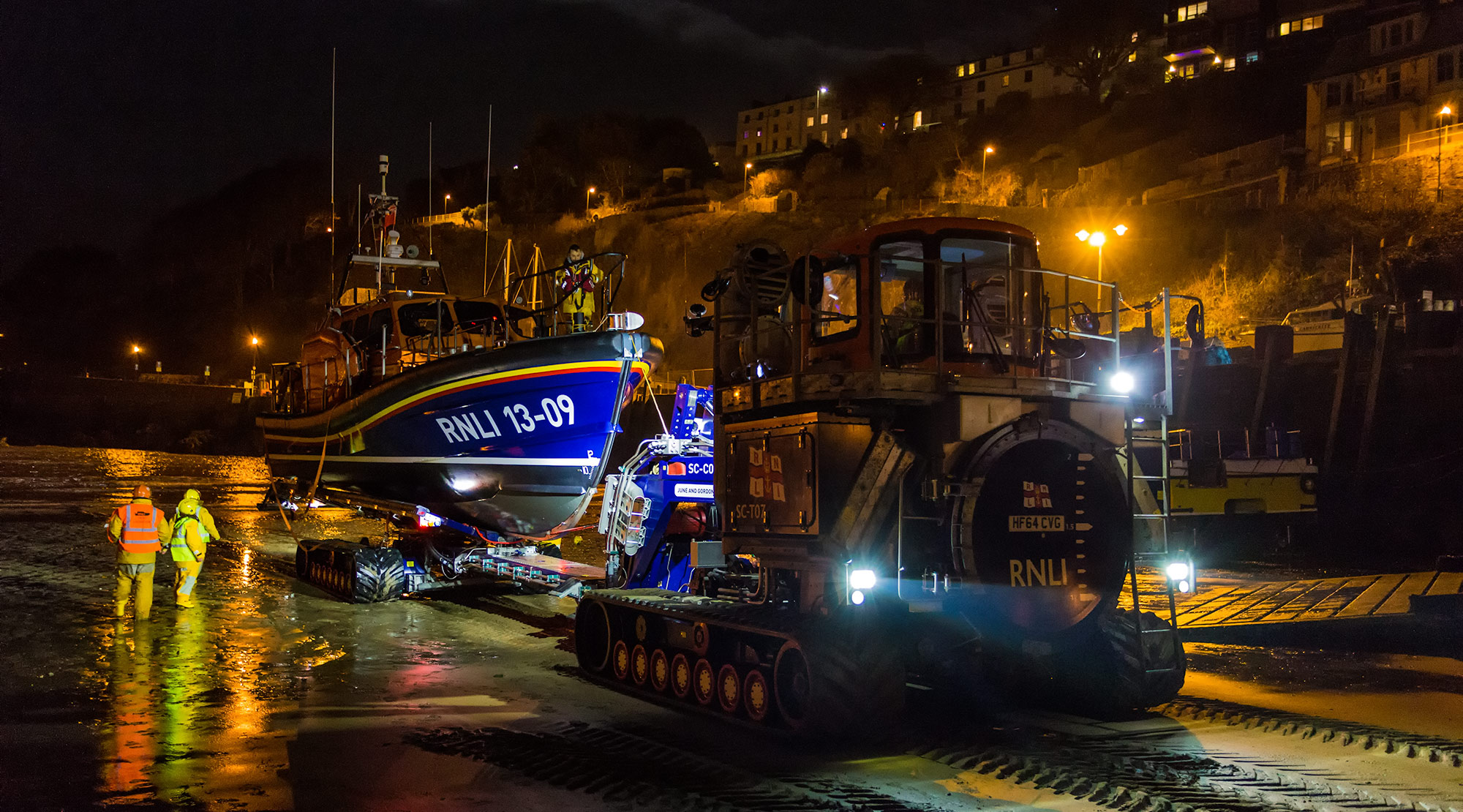 Read about our lifeboats, including the new Shannon

Our volunteers risk their lives to save others at sea

Find out how you can help Ilfracombe RNLI

Covering part of the North Devon coast, Ilfracombe has celebrated over 180 years as a lifeboat station. The two lifeboats carry out a wide variety of shouts and four medals for gallantry have been awarded.

The North Devon coast is an area that has been notorious for danger to shipping and consequent loss of life since the earliest days of maritime trade and travel. At the foot of cliffs, rising sheer from the sea, treacherous ridges of rock run out under the surface of the water. The safety of anchorages where ships can seek shelter depends on prevailing winds and tides, and under certain conditions there is no safe haven.

Formerly a trading and fishing port, Ilfracombe came to prominence as a holiday resort in the earlier part ot Queen Victoria’s reign. The harbour was then used as a base by Bristol Channel pilots and their cutters (small sailing boats), this practice lasting until sixty or seventy years ago. Several hills and beaches near the harbour have the names of various parts of a ship, like Capstone Hill, Cheyne Beach, Compass Hill, Lantern Hill, and Laston Beach - (laston is an old name for a place where vessels discharged or loaded ballast.) On Lantern Hill, overlooking the Bristol Channel, is the tiny Chapel of St Nicholas, which has been used as a lighthouse since it was built some six hundred years ago. 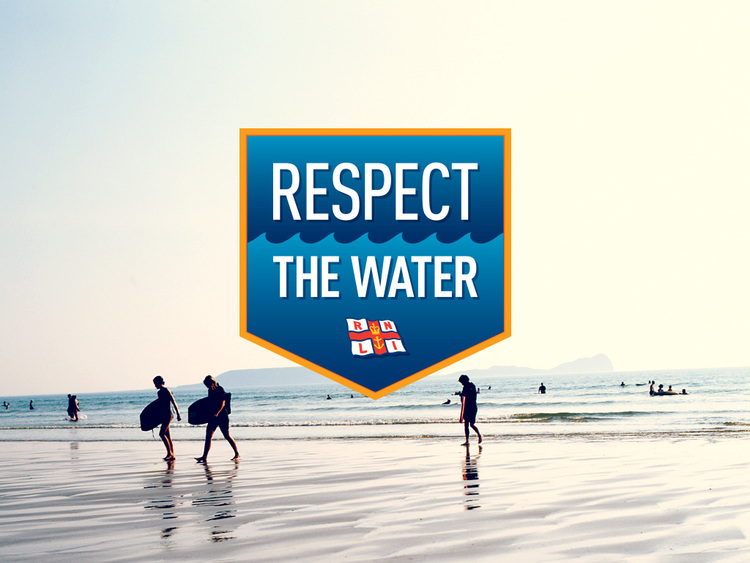 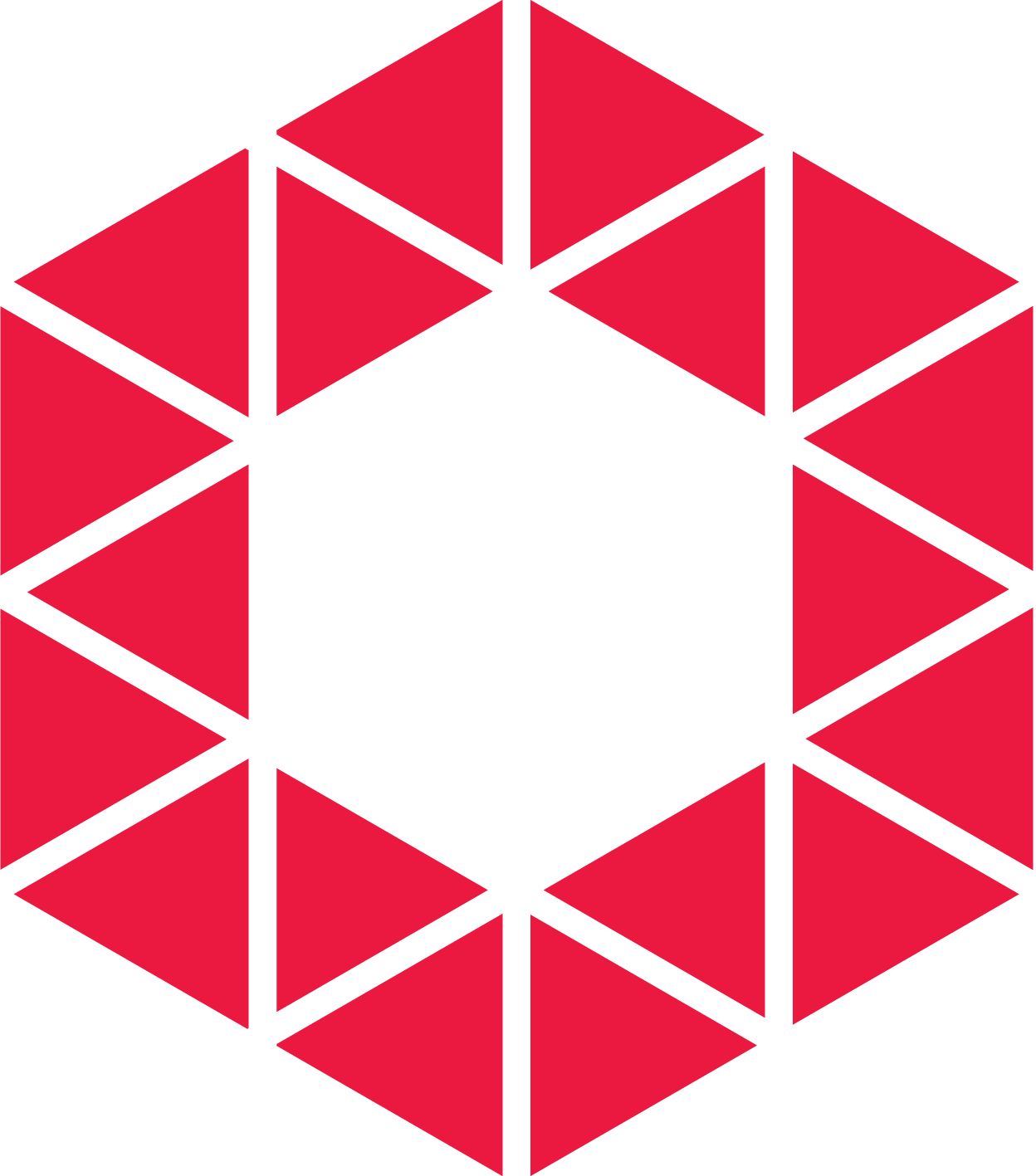